(ACCESSIBILITY AND DATA IN TV)

Fingertext is a modular suite for the production and management of contents with its corresponding broadcast in the DVB signal allowing TV stations to offer access services such as subtitling, audiodescription and sign language to its programmes and send additional contents to its audience such as teletext and HbbTV applications.

Anglatècnic can also develop tailor-made software for clients to automate Teletext publishing making possible low operating and maintenance costs. This means the investment pays for itself almost from Day 1.
As well as the HbbTV signaling in the DVB, Anglatècnic with experience developing HbbTV applications such as red button launcher, geolocalised weather forecast, sign language reception and others can also complement the service with the developing of tailored-made HbbTV applications for the broadcaster.
FingerText meets both the needs of small TV networks on tight budgets and big broadcasting networks seeking high-performance systems.

The Fingertext Offline Subtitling Editor is a software for creating subtitling for the Deaf and Hard of Hearing (for teletext and DVB subtitles). 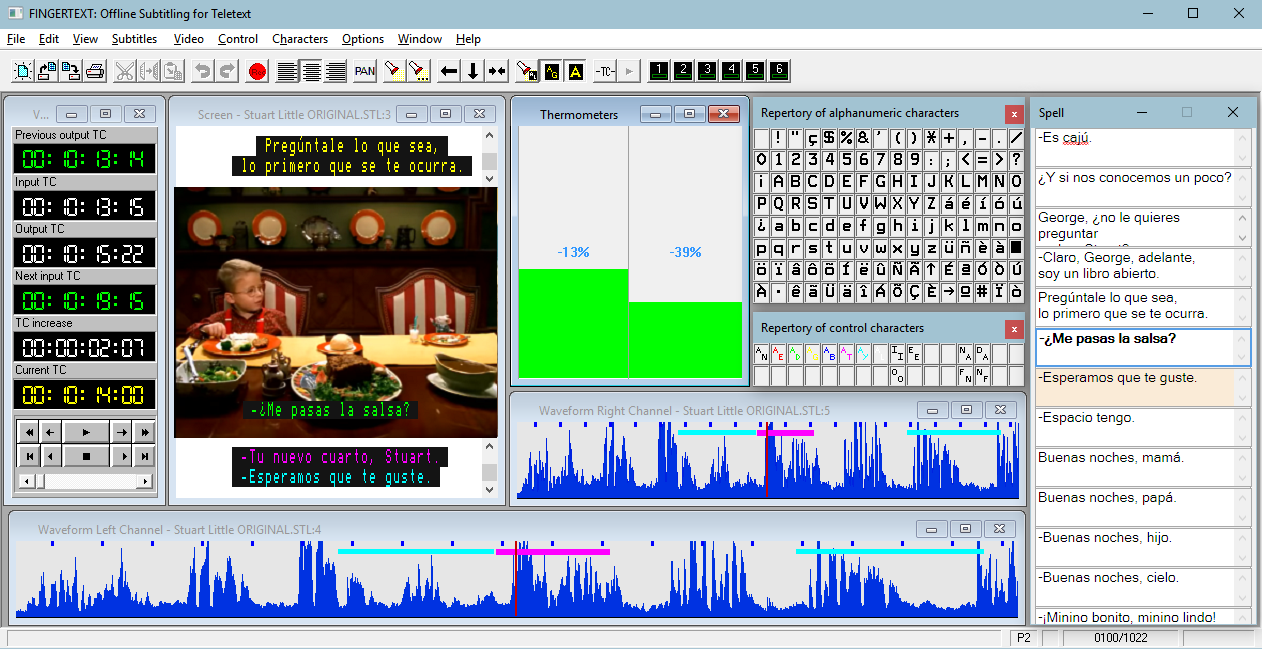 Software for live subtitling of previously edited texts. These can be linked to a News System (for example, I-NEWS) to gather articles automatically for subsequent subtitling when broadcasting. This programme allows subtitles to be sent while the operator watches the live programme. The software is used to subtitle newscasts and other live events. 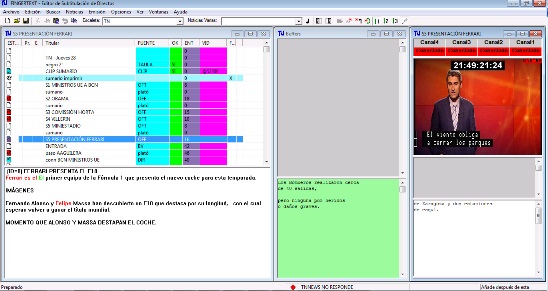 Software for subtitling programmes in various languages in any alphabet. 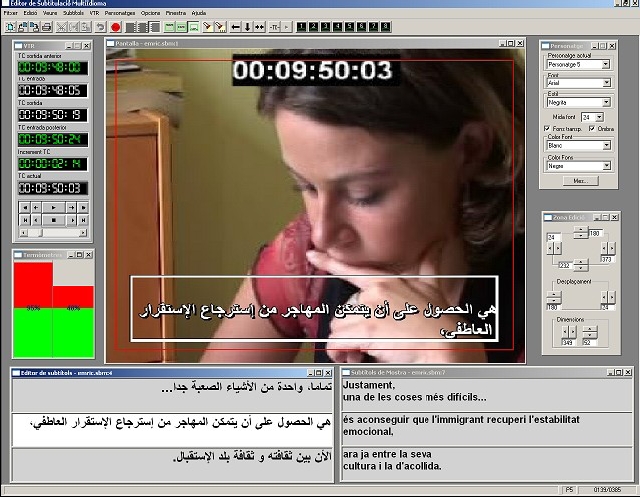 rThe Audio Description Editor is a software for producing audio descriptions for the blind and visually impaired (using the corresponding Fingertext Inserter it can be added as one of the DTV audio components, as one of the two audios on analogue TV, as one audio track on video files, etc.). 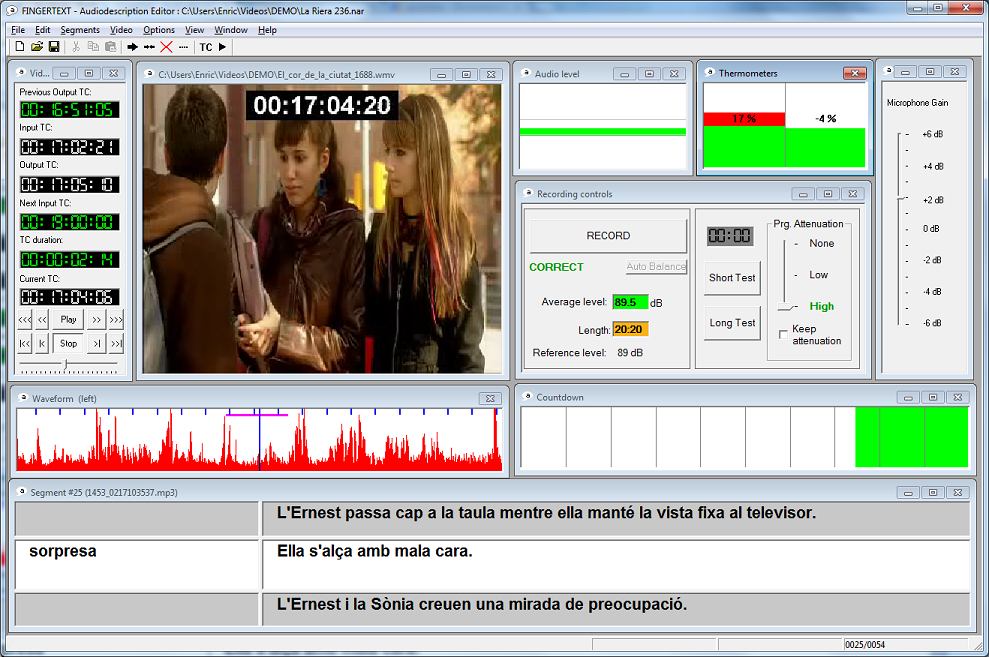 Press this link to open the document with the explanation about Fingertext Editor’s features in order to improve audio description creation process versus traditional techniques.

Software used for creating and editing Teletext pages in PTX in any Windows® system. 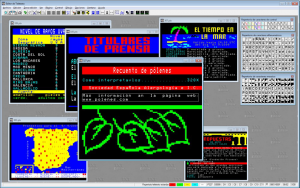 Web environment with templates to easily create HbbTV applications for advertisments and polls. 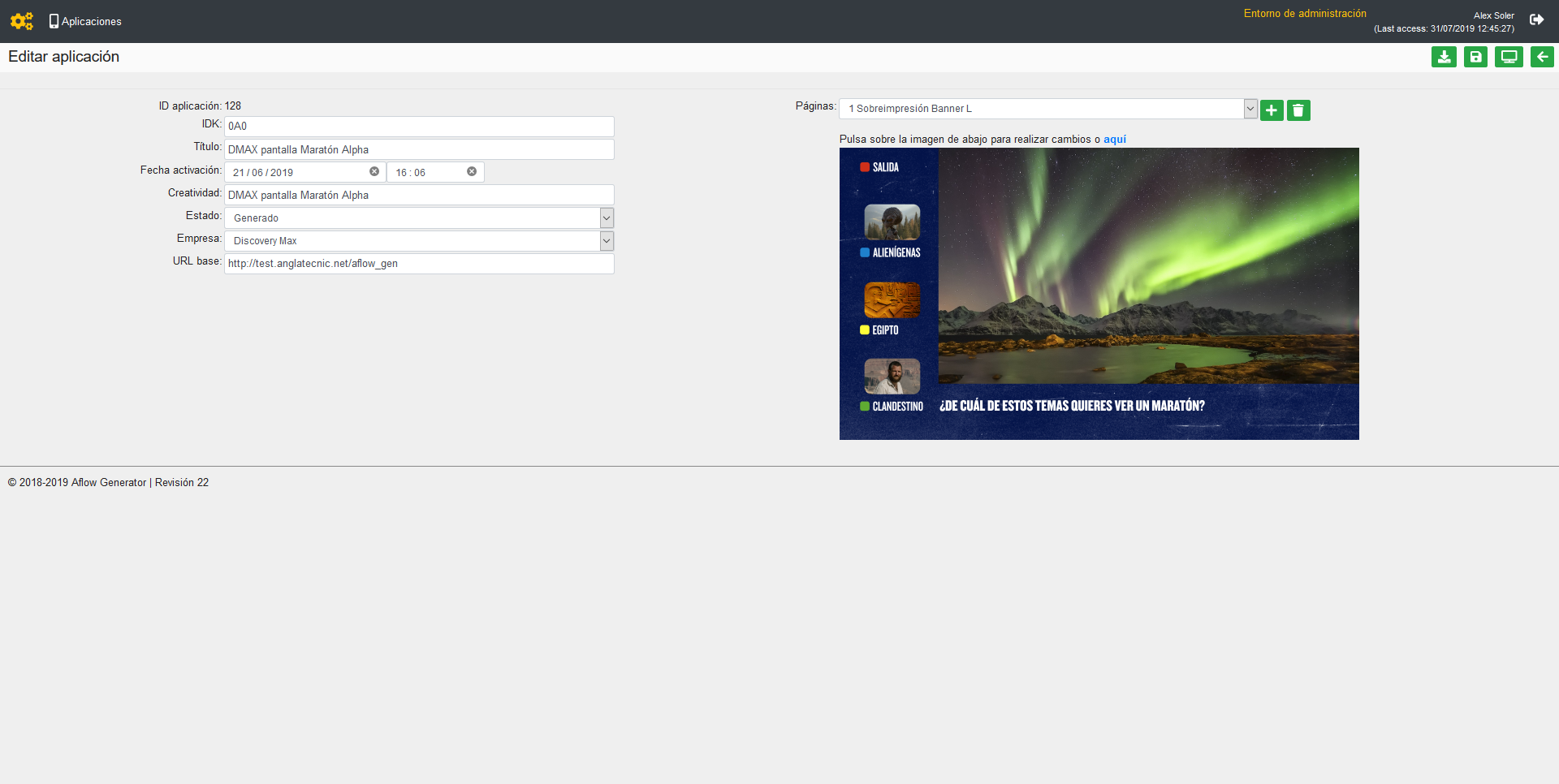 The Fingertext Server stores, manages and administrates the contents, users and system settings. With this module the system admits teletext pages.

With this module we add to the Fingertext Server the storage, management and administration of subtitlings, both offline and live subtitlings. 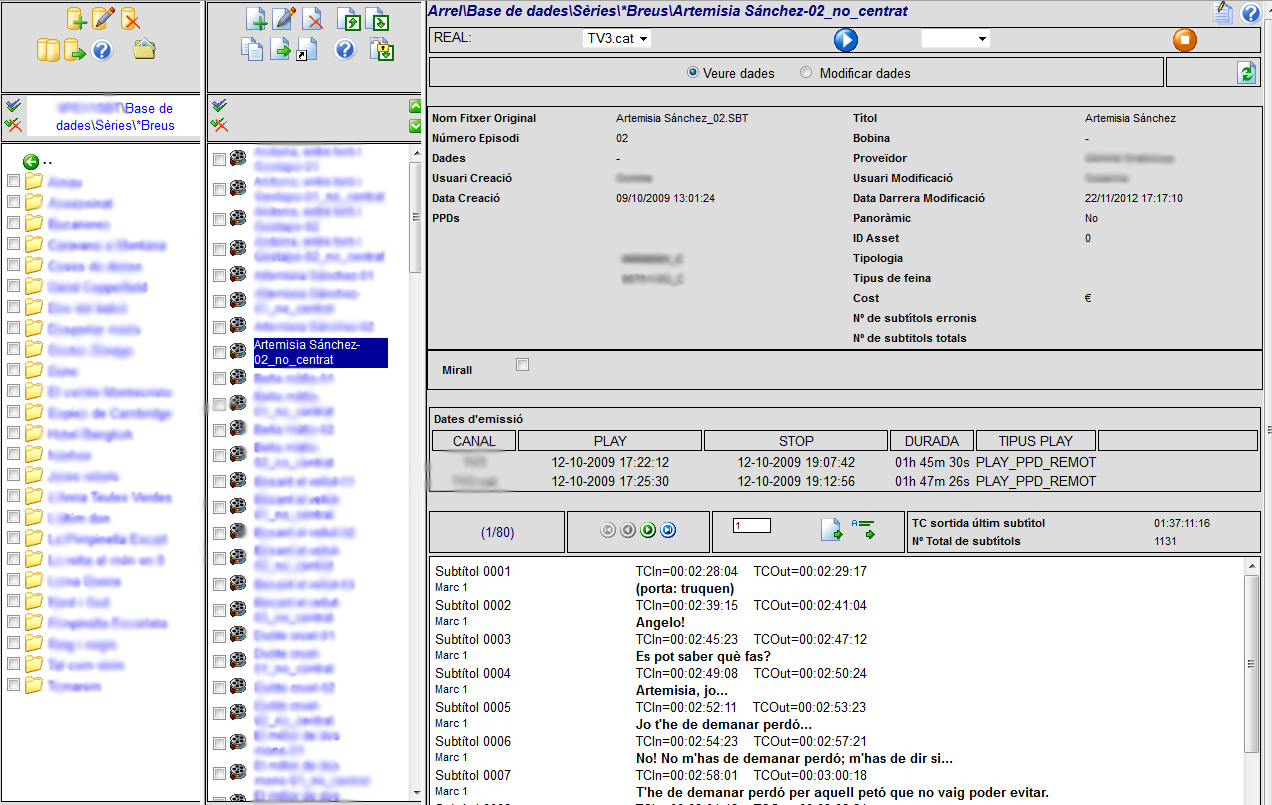 With this module we add to the Fingertext Server the storage, management and administration of audio descriptions.

With this module we add to the Fingertext Server the storage, management and administration of Electronic Programme Guides (EPG) and Present and Following (P&F). 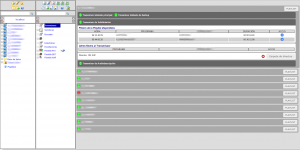 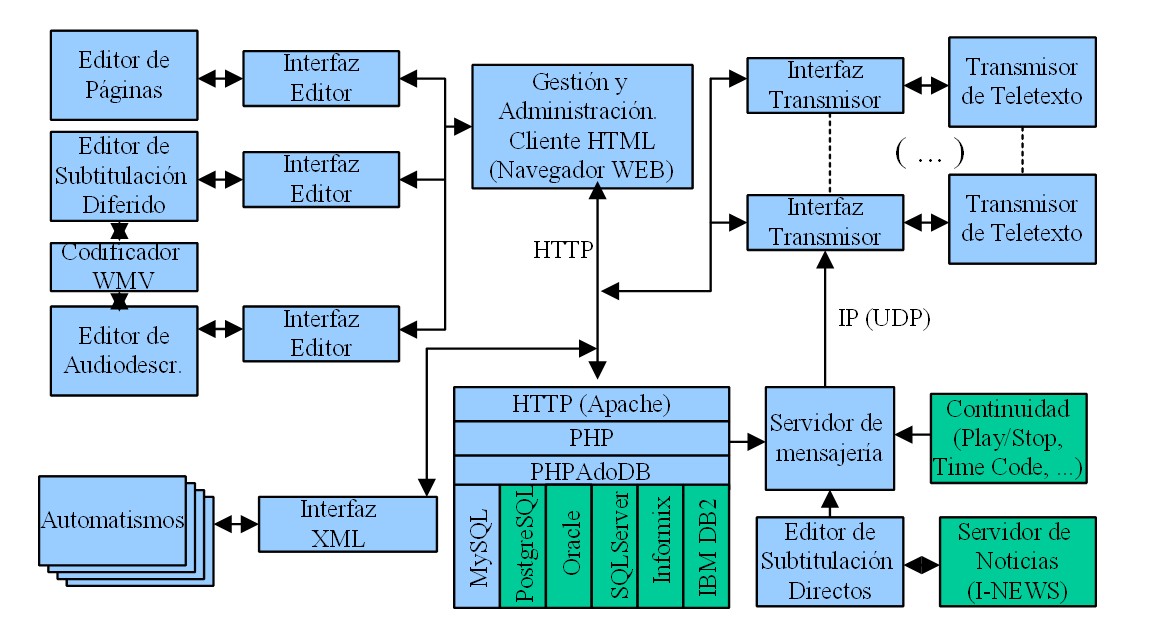 This module in the Fingertext Server allows the TV station to manage the HbbTV ad applications and polls.

The Multitransmitter prepares in real-time the teletext pages, subtitles, audio description segments and/or the Stream Events of one TV channel. 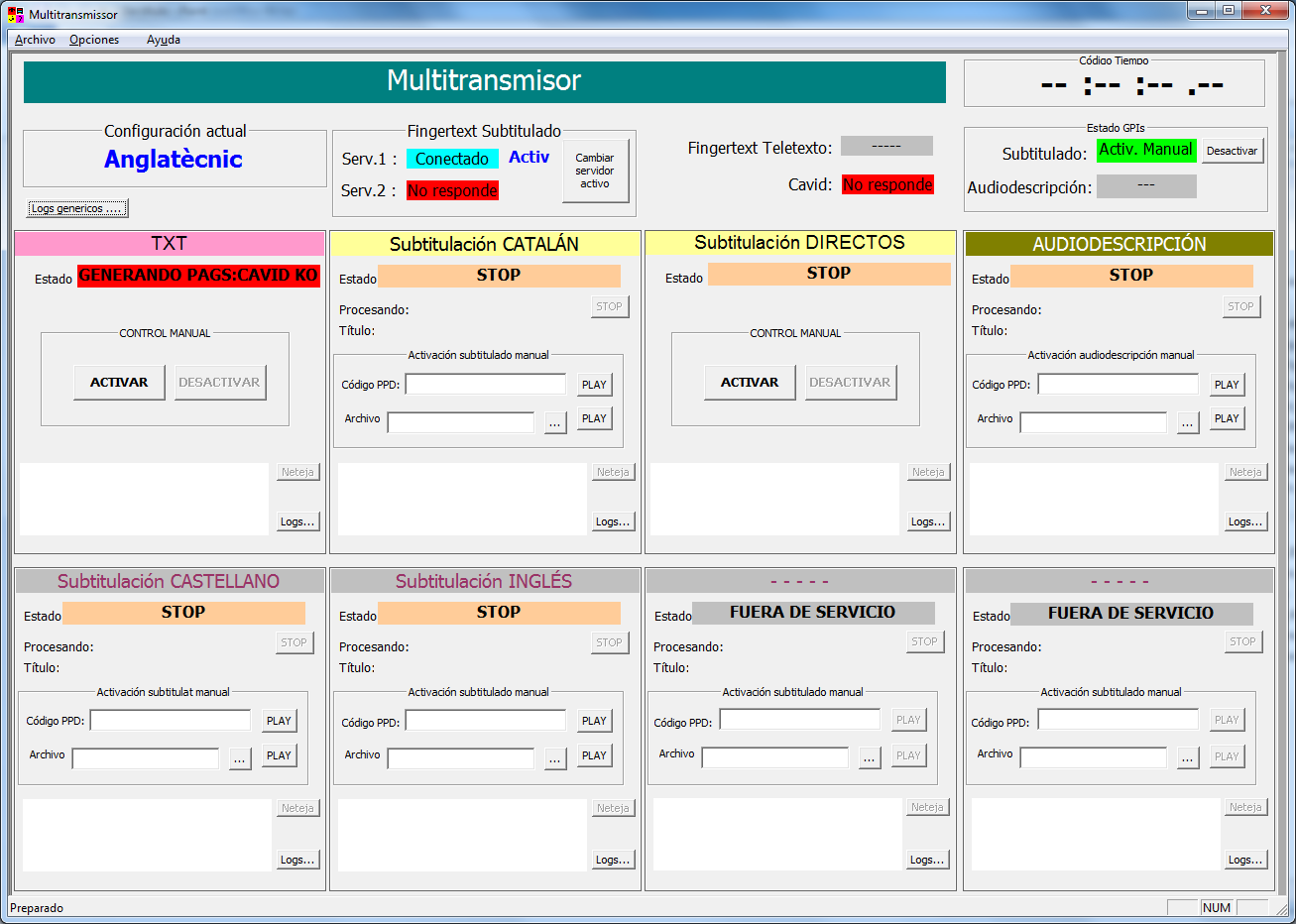 Virtual transmitter is a software for testing subtitles and/or audiodescriptions in the video window instead of in the signal that is being broadcasted. 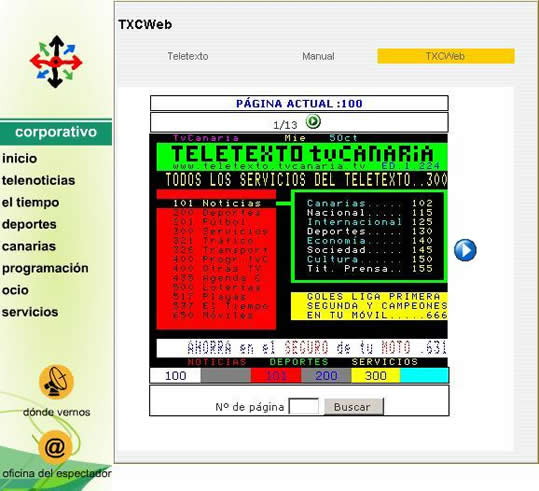 Webtext is a Transmitter but instead of broadcasting in a TV signal, it shows the contents on a web page.

HandData OnAir Lite allows the insertion in a Transport Stream of interactive DTT services such as EPG, Present & Following, HbbTV applications, MHP applications, DVB Subtitles, Teletext and others along with the corresponding signaling. 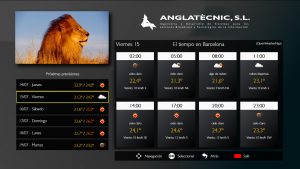 The HandData OnAir can generate and/or insert the following data types:

The following applications can also be acquired:

The HandData technology allows for a faster and easier set-up and integration with the customer’s systems already on premises.

The integration aspects to consider are:

Depending on the need of the broadcaster we have the different SDI inserters.